Cascadia is recognizing two outstanding community members for their contributions to civic life, social justice, community well-being and the arts with its Culture of Caring Awards. This year’s award honorees are Jeremy Okai Davis and Erika Preuitt. The honorees will be recognized at Cascadia’s virtual Culture of Caring gala on October 14, 2021. 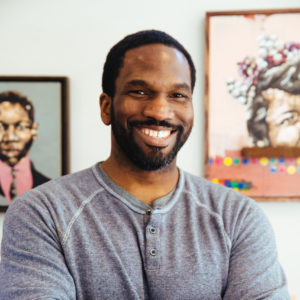 Jeremy Okai Davis, who is being recognized with the Art & Social Justice Award, is a professional fine artist whose current body of work honors African American historical figures who didn’t get widespread recognition in their lifetimes. His unique pixelated style reflects the complexities of the people he paints.

Davis’ work has been shown locally and nationally in Los Angeles, Seattle, Nashville, and at the famed Studio Museum of Harlem in New York City. He has permanent installations at the Lonnie B. Harris Black Cultural Center at Oregon State University and at the University of Oregon’s Allen Hall. Several of Davis’ works can also be found in Cascadia’s Garlington Center.

“I’ve always really appreciated the community that making art creates,” Davis said. “Having Cascadia see my work and see the impact my work has made on people means a lot.” 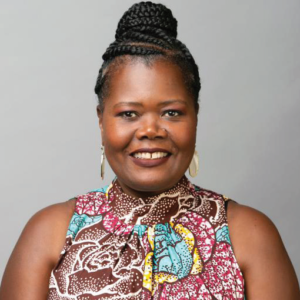 Erika Preuitt, director of the Multnomah County Department of Community Justice (DCJ), is being recognized with the Health & Civic Engagement Award. Preuitt’s core value is that people can change.  She is committed to evidence-based practices, community engagement and community partnership—values grounded in Preuitt’s more than 25 years in the Department of Community Justice.

A leader in the field of community justice, Preuitt’s career has been focused on supporting justice system-involved individuals and the communities in which they live. She’s served as the DCJ director since 2019, and she served as the American Probation and Parole Association’s first Black president from 2017-2019.

About the Culture of Caring Awards

Cascadia has given Culture of Caring Awards since its inaugural gala in 2017. The awards recognize community members for their contributions and vital roles in strengthening our community’s social, physical, cultural and emotional well-being.

Cascadia’s virtual Culture of Caring Gala will be October 14, 2021, at 6 p.m. Learn more and attend by visiting cascadiabhc.org/gala2021.