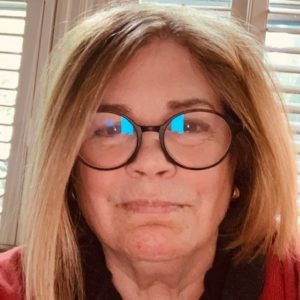 Until recently, I lived in Portland, Oregon, working as Senior Director for a community mental health organization called Cascadia where I saw the employees giving everything to help people who are struggling.

Eight days after I moved, there was a horrendous mass killing in Uvalde at an elementary school seventy miles from my new Texas home.

I clearly remember a day about ten years ago when the mass killing at the school called Sandy Hook took place. The team I supervised didn’t know about it yet. I needed to share the awful information about it at that day’s team meeting. That meeting held many tears, and today, I find myself weeping again as I am writing about another mass killing of children and their teachers.

Often when an individual takes a gun and shoots other people, we hear people say, “this murderer must have had a mental illness,” or “this individual was sick and evil.” But what we know from statistics is that persons with psychiatric issues are more likely to be victims of violence rather than perpetrators.

As peer support and peer wellness specialists, it’s our work to use our experience of healing from our mental health and addiction challenges to support and walk side by side with our peers who are also reclaiming their lives. Some of us have survived violent, coercive forms of socially condoned mental health treatments. I have personally been tied down for nearly 24 hours and forcibly drugged against my will. I’ve seen another of my peers with their limbs covered with massive purple bruises from their “treatment.” But instead of crumbling or becoming violent ourselves, many of us grow into poignant models of healing and compassion.

Some years ago, a psychiatrist named Dr. Sandra Bloom visited where I was working at Cascadia. She had developed a powerful, inspired concept called “The Sanctuary Model.” Briefly put, this model rejects the use or practice of violence in any form. No violent actions or speech. Instead, everyone, both patients and providers in mental health treatment, agrees to create a “sanctuary” and find other ways to communicate about and solve challenging and complex issues. No violence of any kind, including guns, threats, or words. Instead of being isolated and shunned, as many with a mental health diagnosis are, people connect with each other and other community members. The Sanctuary Model involves humans agreeing to find different ways to resolve our difficulties rather than physical, verbal, or other manifestations of violence. It is powerfully healing and compassionate.

Yet here we are. It has been nearly two years since George Floyd was murdered in a culture that still demonstrates the violence of racism –and less than two weeks since a racially motivated mass murder in Buffalo, NY. Violence, both personal and systemic, happens when we negate our common humanity, and the culture is not innovative or motivated to look honestly at itself, say no, and create positive responses.

I’ve been crying a lot because of my sorrow for the little children and their teachers who were gunned down and killed yesterday. I find myself asking what I can do to keep this from happening—at a time when it is only more widespread than ever before.

As a person with the lived experience of psychiatric issues who has had culturally endorsed violence inflicted upon me in response to my psychiatric problems, I ask, “What I can do to break the cycle of violence?”

The governor of Texas and some others say the answer to mass murder is more “mental health.” While we do need expanded resources for mental health, if our culture simply continues to accept and feed an environment for more violence, we won’t be able to save innocent, vulnerable lives. There will still be more mass murders.

I don’t have any simple answers. I think that because of my lived experience of mental health treatments that were violent, and the contrast of my experience of treatments that are caring, perhaps I have gained heightened sensitivity to the issue of violence. My choice of nonviolence and compassion are better examples of what my mental illness has encouraged in me—the opposite of the violence often ascribed to people with a psychiatric diagnosis. Those who have a history of “mental illness” and have been given the nonviolent support we need to recover can help lead our culture away from violence. I value sanctuary and nonviolence and vow to dedicate my life to living it.

We must reject worn, inaccurate stereotypes and build healing connections and nonviolent options.  It only creates prejudice and discrimination when persons who have psychiatric issues are immediately blamed.

I hope that as we express gentleness and kindness towards our peers and others with whom we share this planet, we will create a world of sanctuary– a world with safety for all peoples, animals, and this very planet itself. Those of us who create healing from the pain of our lives can create a model of wholeness within our communities.

It’s not easy, but every choice and action we make matters.

Meghan Caughey worked as a peer provider for many years in Oregon and as the Senior Director of Peer and Wellness Services with Cascadia for 11 years. Throughout her time in Oregon, she was a committed and tireless advocate for those with mental health challenges. Her leadership as someone with lived experience led her to legislative advocacy, policy development, speaking and presenting at conferences, designing innovative behavioral health training curricula and programs, and helping transform the mental health system as a clinical faculty member of the Psychiatry Department at Oregon Health and Science University.

In addition, Meghan is an accomplished artist, musician, and writer. Her memoir Mud Flower: Surviving Schizophrenia and Suicide Through Art explores her journey with severe mental illness and how art was integral to her survival and healing. It can be purchased from her website mudflowerbook.com. Meghan recently moved to Texas to be closer to family. We will all miss her leadership at Cascadia!

Interested in a career that supports our community? Join our team!

You can learn more about becoming a Peer Wellness Specialist here.