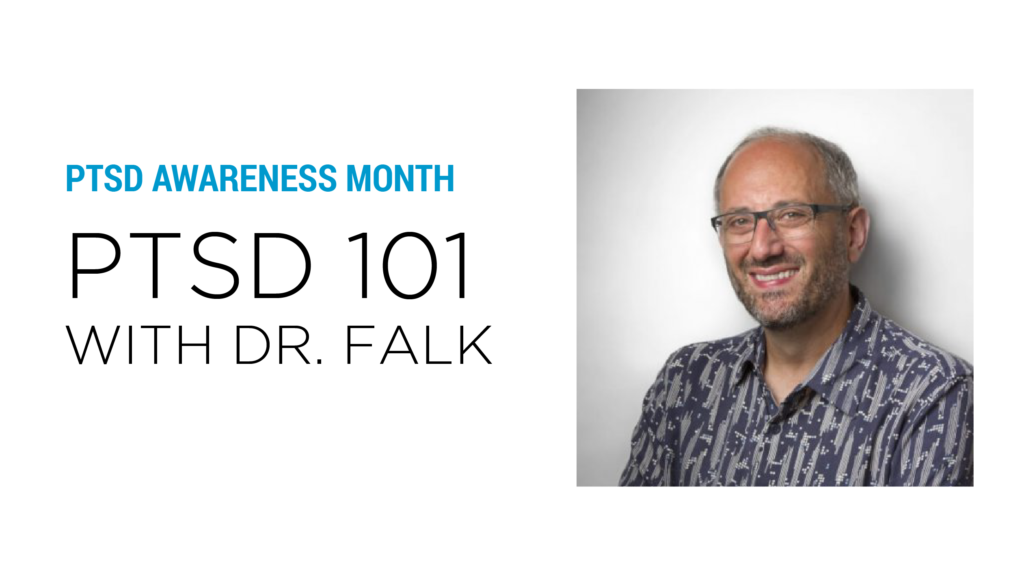 Experiencing trauma has been long been recognized as a risk factor for developing mental health issues. However, the concept of PTSD is relatively new to psychiatry. The first modern conceptualization of PTSD occurred during the American Civil War, when the concepts of “Nostalgia” and “Soldier’s Heart” were first recognized. However, the term “PTSD” was not used until the publication of DSM III in 1980, after the recognition of the difficulties many Vietnam era veterans had readjusting to civilian life. The concept of PTSD was broadened with the publication of DSM 5 in 2013, in part due to data from the ACES Study (Adverse Childhood Experiences Study). This 1998 revealed that traumatic experiences were common, and were associated with multiple physical and mental health issues later in life. As such, starting with DSM 5, the associated trauma no longer needed to be “outside the realm of normal human experience” to cause PTSD.

Science has also since proven that intergenerational trauma exists, and can lead to PTSD symptoms in the children and grandchildren of trauma survivors, even if the children/grandchildren have not experienced trauma themselves. For example, many factors, both biological and psychological, have been identified that have led to higher than usual rates of PTSD symptoms in descendants of Africans enslaved in the Americas, children of Holocaust survivors, children of victims of the Khmer Rouge led genocide in 1970’s Cambodia, offspring of the Australian Aboriginal “Stolen Generation,” and progeny of women forced into sexual slavery by Japanese soldiers during World War II.

PTSD affects up to 8% of US adults, and is 2-3 times more common in women when compared to men (likely due to the higher rates of trauma experienced by women, and the fact that women are more often exposed to trauma at a younger age than men).  PTSD rates are higher in the US among people of color, not due to biological issues related to ethnicity/race, but due to other associated risk factors, such as the traumatic effects of personal/institutional discrimination, as well as the reluctance in some communities to seek mental health care after a traumatic event.  PTSD rates are also high (up to 50%) among immigrant and refugee populations, given the multiple traumatic experiences that can occur in these populations.  With the expansion of criteria in DSM 5 to include witnessing or hearing reports of traumas over and over, as opposed to directly experiencing trauma, many first responders and treatment providers also now meet criteria for PTSD.

Thankfully most people exposed to trauma do not develop PTSD.  Many, though can be diagnosed with Acute Stress Disorder (ASD), which has symptoms similar to those of PTSD.  However, with ASD, the symptoms are often milder/less all-encompassing than with PTSD, and last only 3-30 days. It is estimated that 40-80% of people with ASD eventually develop PTSD, meaning many people have short term difficulty after experiencing a traumatic event, but this difficulty resolves within a month or so.  Interestingly, 30-60% of people diagnosed with PTSD never experienced ASD symptoms, indicating that delayed responses to stress are common.

The symptoms of PTSD can be explained by a phenomenon known as “the amygdala hijack.”  Put simply, the amygdala is a small part of the brain that regulates our “fight, flight, or freeze response.”  In short, it does not think – it reacts.  When we feel safe, the neocortex, the part of the brain that uses logic and thought to make decisions, controls our behavior, “consulting” with the amygdala to make sure we are safe.  However, when we sense danger, the amygdala takes control away from the neocortex, so we can make decisions quickly and stay safe.  In people diagnosed with PTSD, the amygdala becomes hypersensitive from the exposure to trauma, leaving the amygdala in control more often than it needs to be. This leaves someone with PTSD on almost constant alert, sensing danger when no danger exists, and often reacting out of fear/anxiety before they can start thinking things through.

The chronic hyperarousal state caused by “the amygdala hijack” explains the common symptoms of PTSD, which are broken into 4 categories:

EMDR (Eye Movement Desensitization and Reprocessing) has also been proven effective, using directed eye movements while processing memories of the event and related emotions to help decrease the intensity of PTSD symptoms. However, some interventions such as Critical Incident Stress Debriefing, in which people exposed to a traumatic event meet in the days afterwards to share their experiences and emotions, are more controversial, and may actually increase the risk for developing PTSD. Antidepressants can often be effective for PTSD symptoms as well, as can some blood pressure medications that decrease the body’s adrenaline response.  Interestingly, anti-anxiety medications can lead to worse symptoms long term if used directly after a traumatic event, as they prevent the person from processing the event effectively. However, if PTSD is chronic, anti-anxiety medications can be helpful.

One of the most powerful tools in addressing PTSD is maximizing resiliency, or the ability to successfully adapt to adversity.  In brief, resiliency is supported by numerous factors, including:

​​​​​​​​​​​​​​Using these healthy lifestyle skills can help prevent PTSD from developing should a traumatic event occur, and can reduce PTSD symptoms should it develop.