Skip to content
Willamette Week: The Oregon Lottery May Take Bets as High as $250,000 on Its New Sports Gambling App

Willamette Week: The Oregon Lottery May Take Bets as High as $250,000 on Its New Sports Gambling App 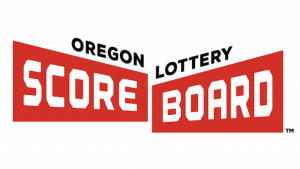 As the Oregon Lottery hurtles toward high-stakes online sports betting, critics say the results could be ruinous.

“It is absolutely a public policy issue that every smartphone in the state is now a gambling device, yet neither the general public nor the Legislature had a voice,” says Kitty Martz, who had a severe gambling disorder.

Starting as soon as next week, the Oregon Lottery expects to take bets on professional sports online or via a cellphone app called Scoreboard, with players allowed to deposit up to $250,000 in the accounts used to place bets.

Lottery officials say they do not know whether gamblers will place single bets as high as $250,000 through Scoreboard.

“The deposit limit is $250,000,” says lottery spokesman Matt Shelby. “Theoretically, if someone had the means to deposit a quarter-million dollars into their player account, they could wager it.”

In addition to the large amount bettors can wager, there are also no limits on the number of bets a player can place.

Those conditions—large dollar accounts, effectively unlimited betting and the convenience of being able to place bets over a mobile phone—have those who treat gambling addiction concerned.

The $250,000 deposit limit “seems to be contrary to [the Oregon Lottery’s] prior message of responsible gambling and the idea that gambling should be recreational,” says Philip Yassenoff, a gambling treatment specialist at Cascadia Behavioral Health. “It also increases potentially the risk for those individuals if they’re able to bet tens of thousands of dollars at one time. The amount of damage that can be done to them financially or emotionally in a short period of time is concerning to me as a therapist.”

The governor’s office says the lottery has built “responsible gambling safeguards into its software” for Scorecard.

“The Oregon Lottery provides an important revenue stream for our state, funding a variety of key services from education to state parks to job creation,” says Charles Boyle, Gov. Kate Brown’s spokesman. “In order to preserve this revenue stream, the lottery is modernizing to serve new players while still promoting responsible gaming.”

Oregon Lottery officials say gamblers will be able to see their history and know how much they’ve wagered. They’ll also be able to set their own limits, including banning themselves from accessing the app or setting short-term “timeouts.”

“We believe informed players make more responsible choices about their play,” Shelby says. “While not required, players may also establish a loss limit. If a player determines they can’t responsibly have access to Scoreboard, we offer timeouts and self-exclusion.”

Shelby says “pop-up and email messages [will be] sent to high-risk players” and “players deemed high-risk will not receive marketing messages.”

Players’ options in Scoreboard will include not just betting on the outcomes of games but what’s called “in-game” betting on, for example, the number of touchdowns by halftime.

State officials readily admit Oregon is addicted to the lottery as a key source of funding. Lottery proceeds represent a sizable source of revenue for the state—more than a billion dollars per biennium, making it the second-largest source of state discretionary funding after personal income taxes.

The lottery is working to attract broader interest in its games. Eight years ago, amid concerns about making betting too easy, the agency abandoned its last effort to go online with games. But now the state says the agency will allow sports betting but not line games, video poker or anything else on mobile apps. Scorecard may go live next week after repeated delays as contractors work out technical difficulties.

“Why does the lottery think it’s a good idea?” Shelby asked in testimony before a House committee Sept. 17. “In short, we want lots of people playing a little. We believe sports betting will attract a different type of player that isn’t playing our games, so it will allow us to increase revenues without asking current players to play or wager more.”

Shelby says the lottery hopes to attract Oregonians who may already be betting in Las Vegas or online through offshore companies operating illegally.
He tells WW that bets of $250,000 won’t necessarily be accepted on any given game.

“The most important thing to note is that the lottery is not required to take all wagers—just like sports books in Nevada,” he says. “The max wager the lottery will accept on any event will depend on the sport, odds and the lottery’s overall risk tolerance.”

But that $250,000 figure and the lack of limits on the number of bets worries advocates and officials concerned about bringing in state revenue on the backs of people with an addiction.

“Financial barriers and eliminating opportunities to gamble are our first lines of defense,” Martz says. “A high betting limit with easy accessibility is going to create a whole new demographic of addiction.”

The effect on other gamblers could be dramatic.

“I’m scared to see what’s going to happen when it’s opened up to people,” says a gambler named Brian, who says he’s in recovery after losing $150,000 over three years in online sports gambling. “My fear is all this is doing is exposing millions of people who weren’t aware of sports gambling to this and normalizing this. It’s being normalized like going to the store and getting a lottery ticket.”